ARE YOU EXPERIENCING CHANGES IN MOODS FREQUENTLY?

If yes, maybe you are dealing with mood swings.Is it extreme? then you maybe suffering from bipolar disorder ,also known as manic depression. Bipolar depression is a kind of mental disorder,which causes periods of depression and abnormal mood elevation. 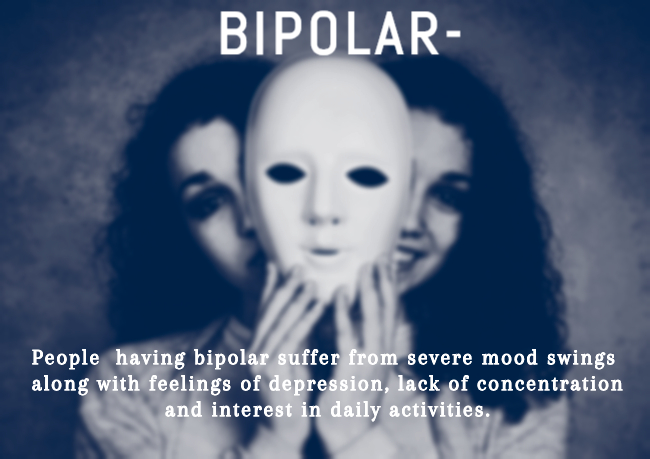 Here,elevated mood is known as manic or hypomanic depending on the severity.

Despite with mood extremes people with bipolar disorder, often fail to recognize it as a disorder.

Are you really suffering from bipolar disorder? test yourself!

There are 4 types of bipolar disorder.

When to consult a doctor?

If you have any symptoms of depression or manic consult our mindsight professional of excellence.
Bipolar disorder doesn’t get better on its own.